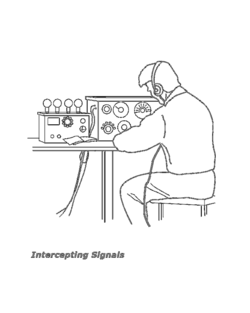 DXing is the hobby of tuning in and identifying distant radio or television signals, or making two way radio contact with distant stations in amateur radio, citizens' band radio or other two way radio communications. Many DXers (or SWLs) also attempt to receive written verifications of reception (sometimes referred to as "QSLs" or "veries") from the stations heard. The name of the hobby comes from DX, telegraphic shorthand for "distance" or "distant".(1)

DXing on the broadcast bands

Early radio listeners, often using home made crystal sets and long wire antennas, found radio stations few and far between. With the broadcast bands uncrowded, signals of the most powerful stations could be heard over hundreds of miles, but weaker signals required more precise tuning or better receiving gear.

By the 1950s, and continuing through the mid 1970s, many of the most powerful North American "clear channel" stations such as KDKA, WLW, CKLW, CHUM, WABC, WJR, WLS, WKBW, KFI, KAAY, KSL and a host of border blasters from Mexico pumped out Top 40 music played by popular disc jockeys. As most smaller, local AM radio stations had to sign off at night, the big 50 kW stations had loyal listeners hundreds of miles away.

The popularity of DXing the medium-wave band has diminished as the popular music formats quickly migrated to the clearer, though less propagating, FM radio beginning in the 1970s. Meanwhile, the AM band in the United States was getting more and more crowded with new stations and existing stations receiving FCC authorization to operate at night. In Canada, just the opposite occurred as AM stations began moving to FM beginning in the 1980s and continuing through today.

Outside of the Americas and Australia, most AM radio broadcasting was in the form of synchronous networks of government-operated stations, operating with hundreds, even thousands of kilowatts of power. Still, the lower powered stations and occasional trans-oceanic signal were popular DX targets. (2)

Especially during wartime and times of conflict, reception of international broadcasters, whose signals propagate around the world on the HF (shortwave) bands has been popular with both casual listeners and DXing hobbyists.

With the rise in popularity of streaming audio over the Internet, many international broadcasters (including the BBC and Voice of America) have cut back on their shortwave broadcasts. An active religious missionary broadcasting scene still makes extensive use of shortwave radio to reach less developed countries around the world.

In addition to international broadcasters, the shortwave bands also are home to military and other utility communications, radioteletype(RTTY), amateur radio, pirate radio stations, and the mysterious broadcasts of spy numbers stations. Many of these signals are transmitted in SSB mode, which requires the use of specialized receivers more suitable to DXing than to casual listening.(3)

Though sporadic in nature, signals on the FM broadcast and VHF television bands - especially those stations at the lower end of these bands - can "skip" for hundreds, even thousands of miles. American FM stations have been occasionally received in Western Europe, though no reports exist of European FM signals propagating to North America.

Police, fire, and military communications on the VHF bands are also DX'ed to some extent on multi-band radio scanners, though they are mainly listened to strictly on a local basis. One difficulty is in identifying the exact origins of communications of this nature, as opposed to commercial broadcasters which must identify themselves at the top of each hour, and can often be identified through mentions of sponsors, slogans, etc. throughout their programming.

Although the classic definition of DX is "distance", today it generally means contacting amateur radio stations in far-away places. On the HF (shortwave) bands, DX stations are those in other continents. On the VHF/UHF bands, DX stations can be within the same country or continent, since making a long-distance VHF contact, without the help of a satellite, can be very difficult.

For award purposes, other areas than just political countries can be classified as "DX countries" or "DX entities". For example, the French protectorate of Reunion Island in the Indian Ocean is counted as a DX country, even though it is a Region of France. The rules for determining what is a DX country can be quite complex and to avoid political implications, the American Radio Relay League currently uses the term entity instead of country. In addition to countries/entities, some awards, most notably the prestigious IOTA award, are based on island groups in the world's open seas and oceans. On the VHF/UHF bands, many radio amateurs pursue awards based on Maidenhead grid locators.

For the most rare locations, DX-peditions are often organized to allow radio amateurs to "work a new one".

There are frequent contests where radio amateurs operate their stations on certain dates for a fixed period of time to try to communicate with as many DX stations as possible.

In addition, many clubs and radio societies offer awards for communicating with a certain number of DX stations. For example, the American Radio Relay League (ARRL) offers the DX Century Club award (DXCC). The basic certificate is awarded for working and confirming at least 100 entities on the ARRL DXCC List.

Many radio enthusiasts are members of DX clubs. There are many DX clubs in many countries around the world. They are useful places to find information about up-to-date news relating to international radio. Many people also enjoy social events, which can form a large part of the enjoyment that people can get out of the radio hobby. 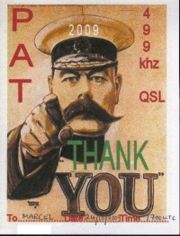 One of the interesting sides of DXing as a hobby is collecting QSL cards (acknowledgement cards from the broadcaster) confirming the listener's reception report (sometimes called SINPO report-see next section).

Usually a QSL card will have a picture on one side and the reception data on the other. Most of the broadcasters will use pictures and messages indicating their country's culture or technological life.

After listening to a broadcast, the listener writes a report with SINPO values, typically including his geographical location (called QTH in amateur radio teminology) in longitude and latitude, a brief description of the programme listened to, their opinion about it, suggestions if any, and so on.

DX communication is communication over great distances using the ionosphere to refract the transmitted radio beam. The beam returns to the Earth's surface, and may then be reflected back into the ionosphere for a second bounce. Ionospheric refraction is generally only feasible for frequencies below about 50 MHz, and is highly dependent upon atmospheric conditions, the time of day, and the eleven-year sunspot cycle. It is also affected by solar storms and some other solar events, which can alter the Earth's ionosphere by ejecting a shower of charged particles.

The angle of refraction places a minimum on the distance at which the refracted beam will first return to Earth. This distance increases with frequency. As a result, any station employing DX will be surrounded by an annular dead zone where they can't hear other stations or be heard by them.

This is the phenomenon that allows HF radio reception to occur beyond the limits of line of sight. It is utilized by amateur radio operators (hams), shortwave broadcast stations (such as BBC and Voice of America) and others. It also allows AM (MW) reception outside the service area of a station. The military regards it as a backups to failure of long distance communication by satellites, when their operation is affected by electromagnetic storms from the sun.

Radio equipment used in DXing ranges from inexpensive portable receivers to deluxe equipment costing thousands of dollars. Using just a simple AM radio, one can easily hear signals from the most powerful stations propagating hundreds of miles at night. Even an inexpensive shortwave radio can receive signals emanating from several countries during any time of day.

Serious hobbyists use more elaborate receivers designed specifically for pulling in distant signals, and often build their own antennas specifically designed for a specific frequency band. There is much discussion and debate in the hobby about the relative merits of lesser priced shortwave receivers vs. their multi-thousand dollar "big brother" radios. In general, a good desktop or "PC Radio" will be able to "hear" just about what a very expensive high-performance receiver can receive. The difference between the two types of radio comes into play during difficult band or reception conditions. The expensive receiver will have more filtering options and usually better adjacent channel interference blocking, sometimes resulting in the difference of being able to receive or not receive a signal under tough conditions. For broadcast type international broadcasts there will be little noticeable difference between the two radios. An example of a high-end shortwave receiver currently being manufactured is the Ten-Tec RX-340.

The use of car radios are also popular for DXing the broadcast bands. They are often quite hot.

Another recent trend is for the hobbyist to employ multiple radios and antennas connected to a personal computer. Through advanced radio control software, the radios can be automatically ganged together, so that tuning one radio can tune all the others in the group. This DXing technique is sometimes referred to as diversity reception and facilitates easy "A to B" comparison of different antennas and receivers for a given signal.

Having a minimum of two Dipole antenna at right angles to each other, for example, one running North-South and one running East-West can produce dramatically different reception patterns. These simple antennas can be made for a few dollars worth of wire and a couple of insulators.