The E layer is ionized during auroral conditions, supporting DX on the VHF bands. However it is necessary for stations to be relatively close to the aurora, so it is most commonly used by station in northern Europe.

The same mode of propagation as often occurs on HF. As intense ionization of the ionosphere's F2 layer is necessary, this mode only occurs during peak solar conditions around the maximum of the solar cycle, if at all, and only affects VHF Lo band up to perhaps the 6m band.

This mode of VHF propagation is caused by irregularities in the D layer. It mostly affects the lower portion of VHF, below 100 MHz. Signals are typically quite weak, requiring large antennas, and the range is about 1000-2000 km.

This mode relies on ionization of the E layer by meteors entering the Earth's atmosphere. The ionization only lasts a few seconds, so very fast modes of communication (high speed CW, etc) need to be used to send messages. On the FM band, it results in brief bursts of audio. Meteor scatter is useful up to 2m band, although possible at 70 cm with high gain antennas.

Obviously it occurs more often during major meteor showers, but can happen any time of the day/year as there are typically about 5 meteors per hour even outside of meteor showers.

This mode of propagation occurs between two locations at roughly the same distance from the magnetic equator, directly north/south of each other. See the map below for the location of the magnetic equator. It affects all VHF and UHF bands, although less often as one moves up in frequency. While TEP is fairly common on VHF-Lo and the 6 meter band worldwide, 144 MHz and higher propagation is rare outside of the Americas for unknown reasons. TEP is more common during periods of high solar activity. Distances vary widely, roughly 2500-9000 km.

There are two types of TEP: 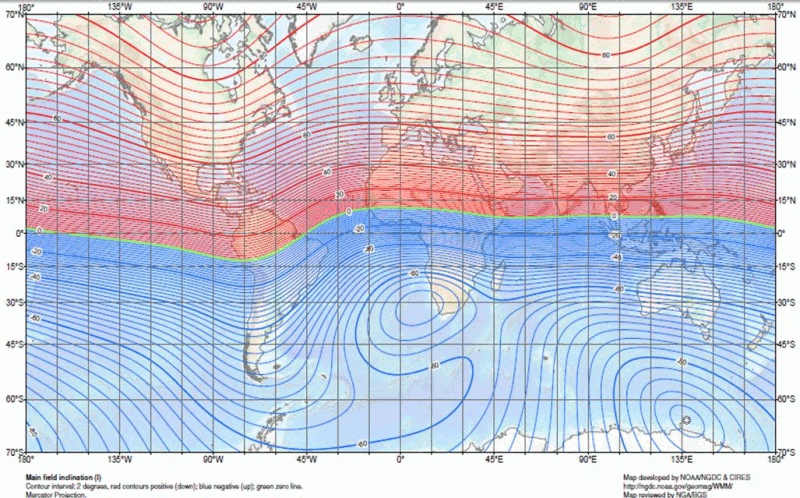