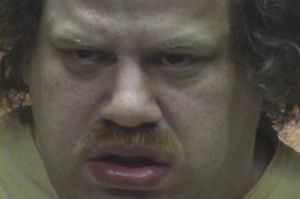 Bozo (born Jay Smilkstein) was a well known personality who frequently called the Allan Weiner show on WBCQ. Bozo engaged Weiner in strange conversation, superficially on the topic of radios, but often amounting to nothing more than guttural groans and grunts. Despite this, Weiner continued to enthusiastically welcome Bozo's persistent calls. These calls were often recorded by pirate operators, and become material for their own shows.

Bozo's nickname came from his appearance; his bushy, curly red hair and bald spot lended him an uncanny resemblance to the well-known TV clown of the 1960s. He was usually disheveled and unkempt.

Bozo was known to make appearances at the yearly Winterfest, where he engaged unsuspecting attendees in conversation. Encounters with Bozo at the Winterfest were usually shocking to uninitiated hotel guests. Bozo believed that where smoking is permitted, people should be allowed to smoke pot.

Bozo's outrageous behavior was exploited by pirate radio operators, who furthered the legend with audio and video[1] commentaries.

In September 2006, it was announced that Bozo was to co-host a radio show on WBCQ called "Fix Your Radio." However, just prior to the show's initial (and as it would turn out, only) broadcast, co-host Fred Jodry announced that Bozo had "dropped out" of the show after directing some comments of a personal nature Fred's way. During the radio broadcast, Bozo repeatedly attempted to break into the telephone line Fred was using to feed the show to WBCQ, but to no avail. Sound bytes from this episode ended up in the pirate community rather quickly and became the inspiration for Voice of Bozo and other pirate radio shows including CBZO, KBZO, WBZO, and Bozo Radio.

Bozo passed away in March 2012. He was a resident of Mount Kisco, NY.