There are also marine beacons, based on the same techonlogy and installed at coastal areas, for use by ships at sea.(1) Most of them, especially in the western world, are no longer in service, while some have been converted to telemetry transmitters for differential GPS. Chains of radio navigation Letter beacon for marine use are still active around the Russian and Ukrainian coastline.(2) (10) 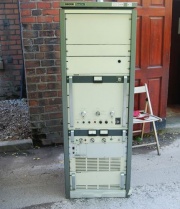 Driftnet (or fishnet) radio buoys are extensively used by fishing boats operating in open seas and oceans.(4) They are useful for collecting long fishing lines or fishing nets, with the assistance of a radio direction finder. According to product information released by manufacturer Kato Electronics Co, Ltd., these buoys transmit on 1600–2850 kHz with a power of 4-15 W.

Most access points send beacons according to the standard. Some access points, however, suppress beacons for security reasons. Without a beacon, a station must know the SSID of the AP a priori. (13)