Northwoods Radio was on the air Sunday morning, September 1, 2013, running on 6935 USB and 6950 AM in parallel. The 6935 transmitter was at about 40 watts ladderline fed phased delta loop array. 6950 was about 7 watts into a dipole at a height of approximately 45 feet. This provided a unique opportunity to compare how well these two transmissions were received.

Below is a graph showing the signal levels of each, along with 6930 kHz, which was unused during this time period. The 6930 signal level provides a good measurement of the background noise levels during the broadcast. The signal levels were filtered, to reduce the variations in signal, otherwise you end up with a very messy and difficult to read graph: 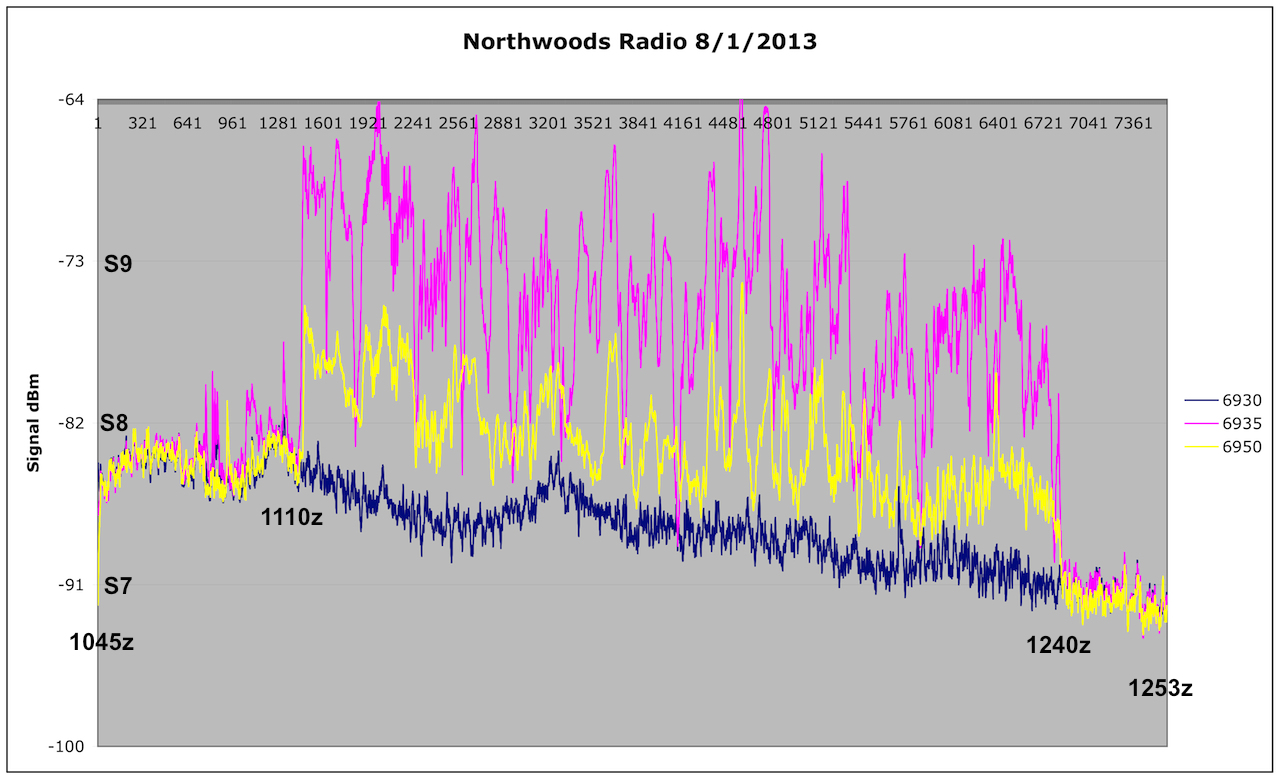 The pink trace is the 6935 USB transmission, and yellow is the 6950 AM. According to Jackpine Savage, the Northwoods Radio operator, sign on was 1050 UTC. 6935 is first briefly audible around 1100 UTC, but extremely weak, not much about the noise floor. The operator noted that he increased the audio levels around 1100 UTC. Both become audible at 1110 UTC. As you might expect, both do fade in at the same time.

6950 is rarely more than an S unit above the noise floor, usually less. 6935 is about two S units above, sometimes more.

It is difficult to make direct comparisons, as there is always a carrier present with the AM signal, while the USB signal level depends to a great degree on the amplitude of the program audio. It may be best to look at the envelope of the USB signal level.

It is interesting to note how the background noise level, as well as the signal levels, all go down over time, dropping about an S unit over 2 hours.