While I’ve had very good reception using my sky loop antenna, I wanted something that would have better low angle radiation sensitivity, for improved reception of distant stations.

The sky loop is 670 ft in perimeter, and runs around the yard at a height varying between about 20 and 50 feet, depending on how tall the trees are. In order to get a better low angle radiation pattern, an antenna, for the 43 meter band anyway, should be higher. I don’t have two tall trees suitable spaced for erecting a standard dipole high enough for 43 meters. I do have one tall tree however, so I decided to consider a sloped dipole.

Below is the NEC simulation of a such a dipole:

The low angle radiation sensitivity is indeed pretty good, and there is some directionality as well.

I decided to go with a folded dipole, as my previous experience with them has been good, they seem to share the common characteristic of all loop type antennas of not picking up a lot of local noise and RFI.

A folded dipole is constructed using two conductor cable, such as TV twin lead or ladder line. I went with the latter as twin lead is not very rugged: 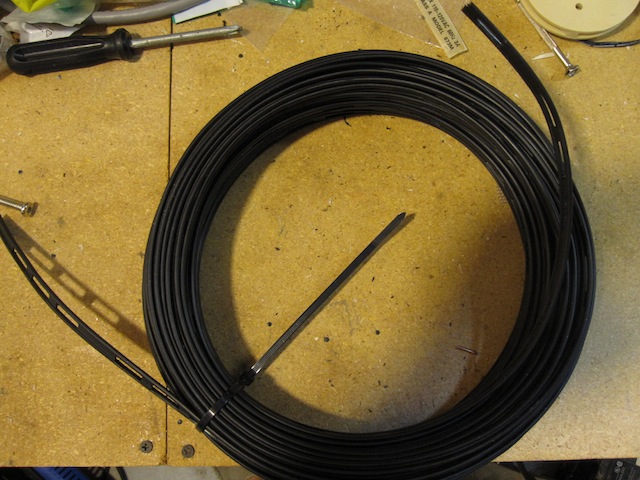 As the feedpoint impedance of a folded dipole is about 300 ohms, a balun should be used. In this case I used a 4:1 balun, which then feeds 75 ohm RG-6 coax: 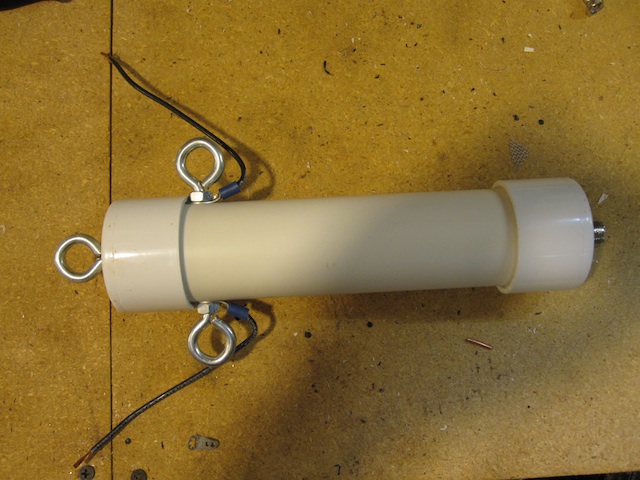 I used some short sections of plastic conduit for the end and center supports, to provide some mechanical rigidity: 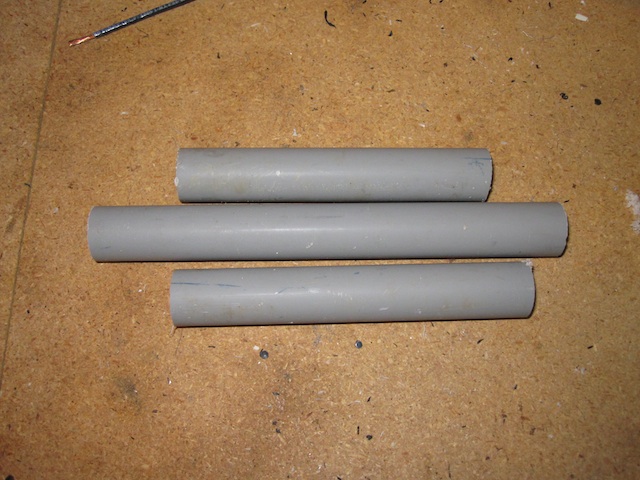 The standard dipole formula was used, resulting in a length of 67 feet. The two far ends of the ladder line have their insulation removed and the two wires are shorted together.

At the center of the antenna, one of the conductors is cut, and the balun is attached here, as shown below: 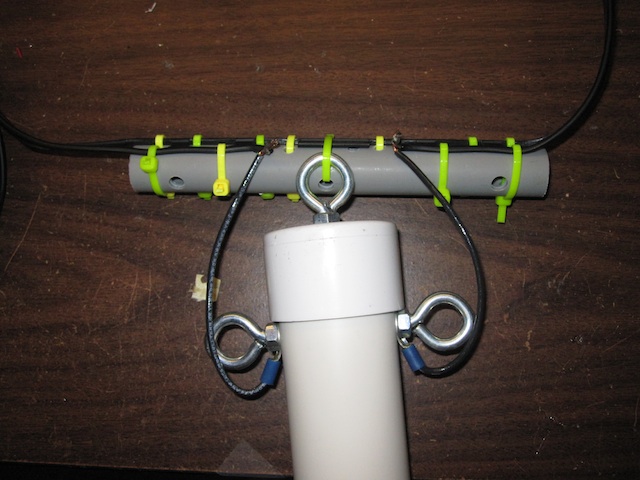 I used nylon wire ties to secure everything.

Here is the completed antenna, the two sections of ladder line are temporarily spooled to keep them tidy until the antenna is erected: 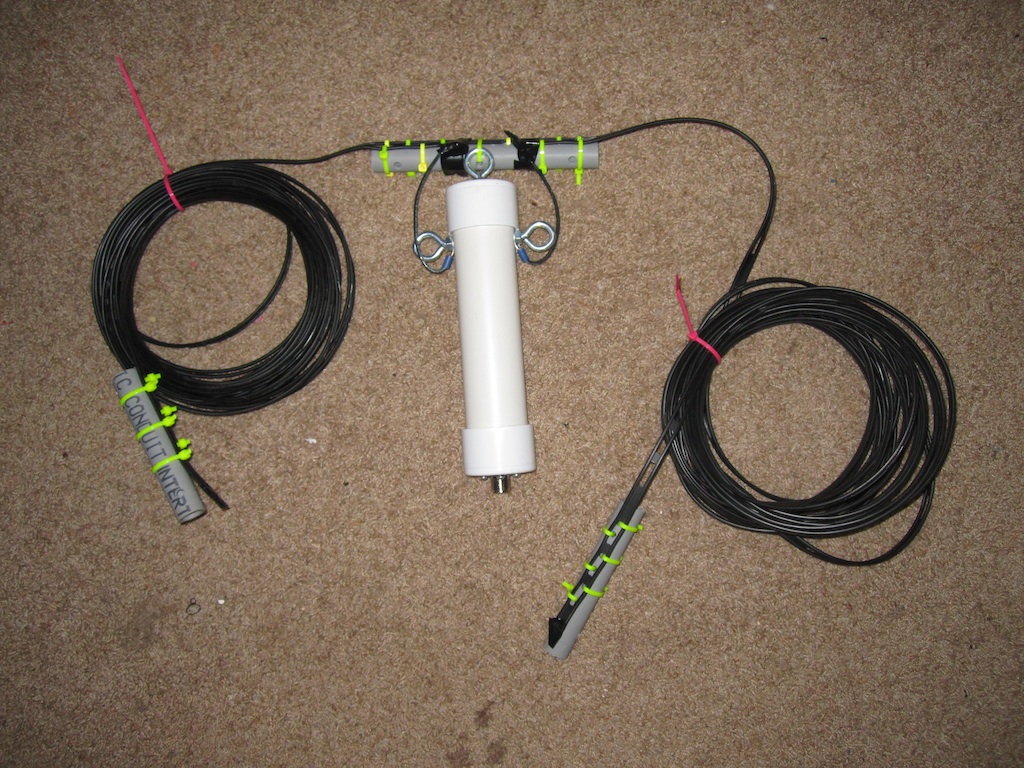 The high end of the antenna is at about 55 feet. the low end about 15 feet. A rope is attached to the balun eye hook and goes over another tree, providing a little more mechanical support.

For normal daytime reception, it works about the same as the sky loop on 43 meters. At this time of the day, propagation is NVIS, and the signal comes down at a high angle. I was not expecting much of an improvement here.

Later in the day, results have been quite good, as I hoped. Late in the afternoon, I decided to try 6160 CKZN from St Johns, Newfoundland. With the sky loop, I barely had a carrier, while with the folded dipole, I had audio.

All in all I am quite pleased with the performance, and am switching to using this antenna for my overnight recordings on 43 meters.